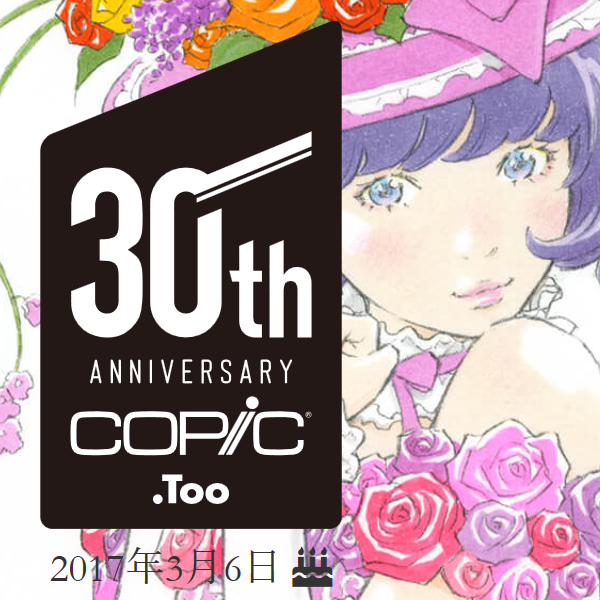 On March 6, 1987 (thirty years ago today), we launched the first Copic marker in Japan. Since then, Copic has been distributed in more than 50 countries around the world and receiving international acclaim. We really appreciate your patronage towards Copic for the past 30 years!

To commemorate the birthday of Copic, a newly drawn special illustration by a Japanese manga artist/illustrator Mr. Eisaku Kubonouchi is being released on 30th anniversary website.

Mr. Kubonouchi is most famous for manga series such as “Tsurumoku Dokushin Ryo”, “Watanabe” and “Chocolat”. This beautiful illustration will be used as the key visual throughout the anniversary year.

For the news updates and event information on Copic's 30th anniversary, please visit the special website at: