A wide range of burgundy reds (released in 2001) are contained in this set to enrich your Copic collection. 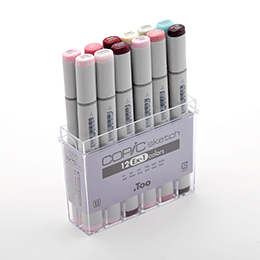 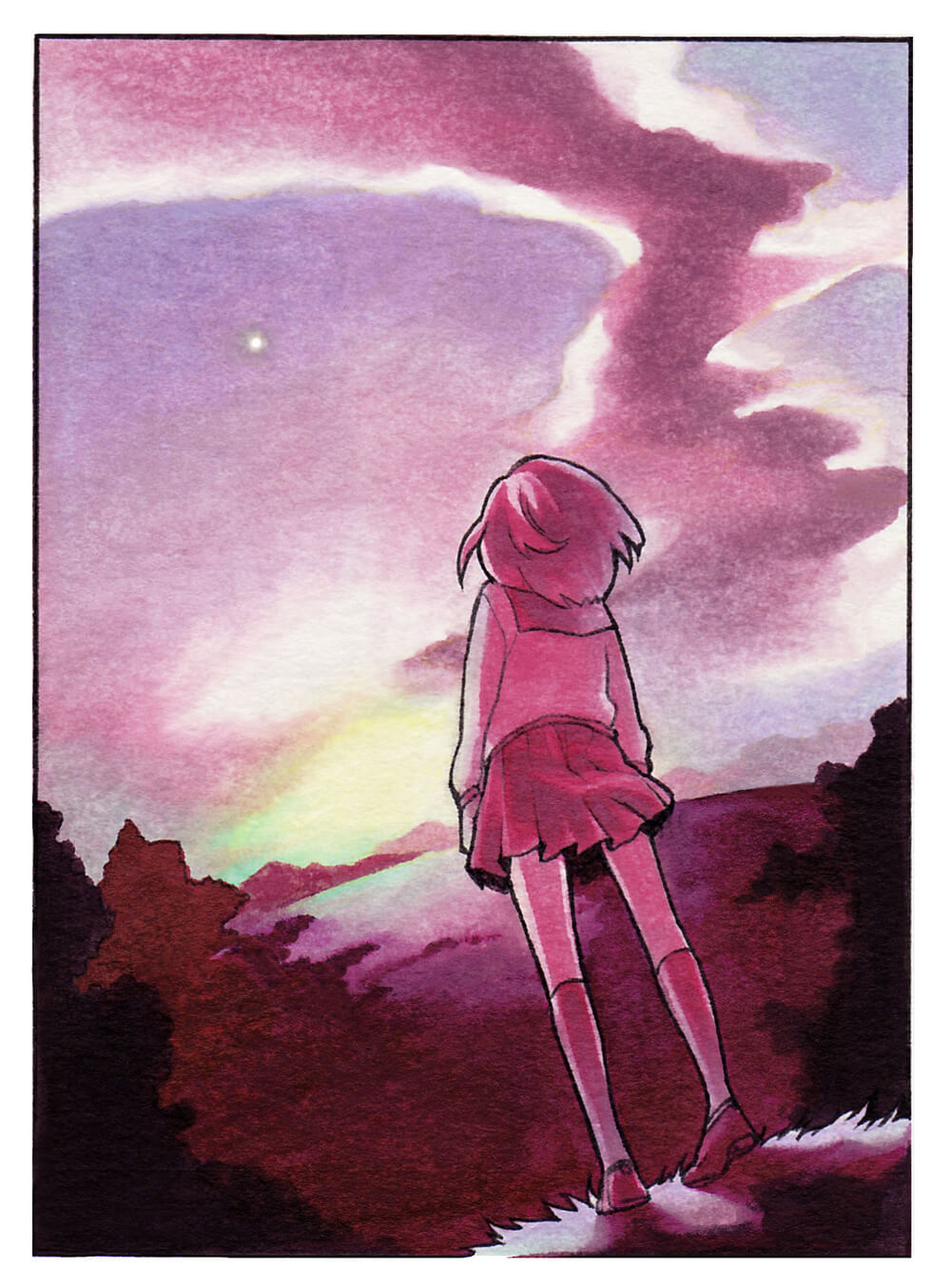 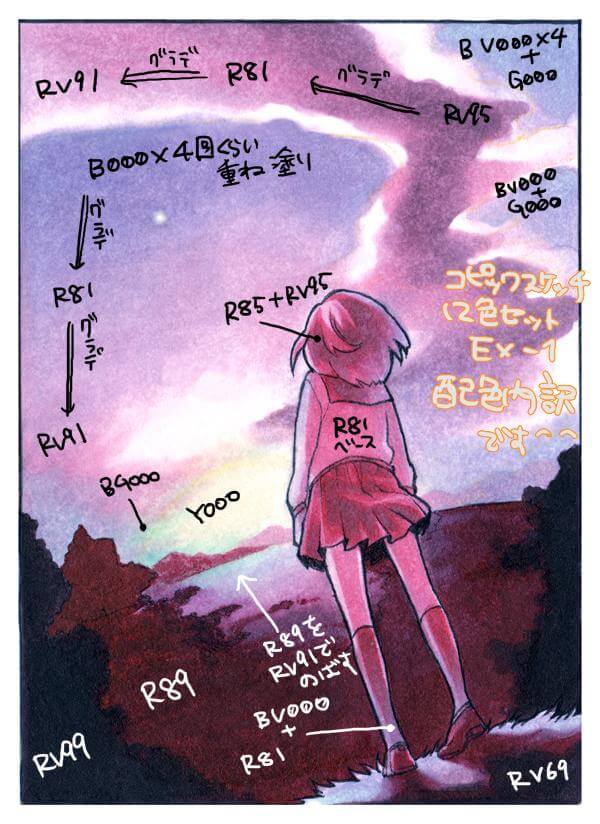 Ms. Kirisaki was born in Gunma, Japan.
She takes ideas from Japanese myths and ancient history and incorporated it into her fantasy world.
Her distinctive style and fertile imagination are widely-recognized through illustrations, character designs, and live demonstrations for Copic fans.

On Copic
In combination with this set (which contains a variety of burgundy reds), I used BV000 and Y000 effectively to describe the state of mind of a girl dazzled by overwhelming sight of dawn.